"A Family of Surfers" 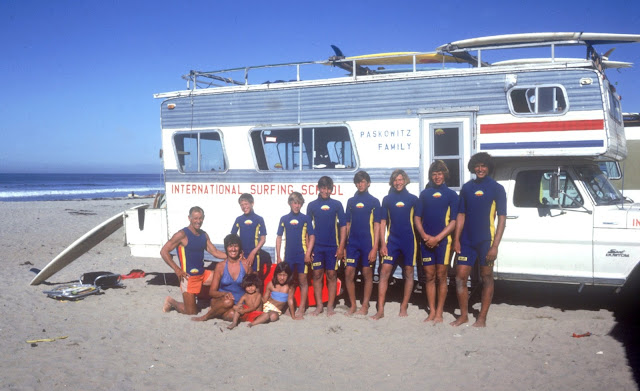 Surfwise is a documentary about a former physician named Dorian "Doc" Paskowitz, who in the late fifties gave up every material goods to dedicate his entire life to surfing, travelling from different places in his caravan along with his wife and his nine children, eight boys and one girl, who all knows how to surf. They later start a surfing school. This documentary follows all the Paskowitz' and each tells their stories about how their upbringing was, the advantages and the disadvantages of not living the conventional life. None of the children went to school, which made it impossible for some of them to follow their actual dreams.

Surfwise is a good documentary that gives you most of the important aspects of a non-material life and how difficult it is, and what price you have to pay. The film doesn't argue about which way of life is the best, but it's a clear lecture of what a free life is. There's also the psychological aspects, like Doc being hot tempered and violent, and the lack of school which makes it impossible for most of his children to follow their dreams. But what brings the whole family together is their religious passion for surfing, and some of the kids have followed in their father's footstep and even became world champions. But all of them agree's that they wouldn't have had it any other way, and that's probably the case for the rest of us, no matter how dark our life is. A wonderful documentary about life itself. Thumbs up.

You can read all my reviews on:
http://letterboxd.com/jentak19/
Posted by Jens Takle at 09:28