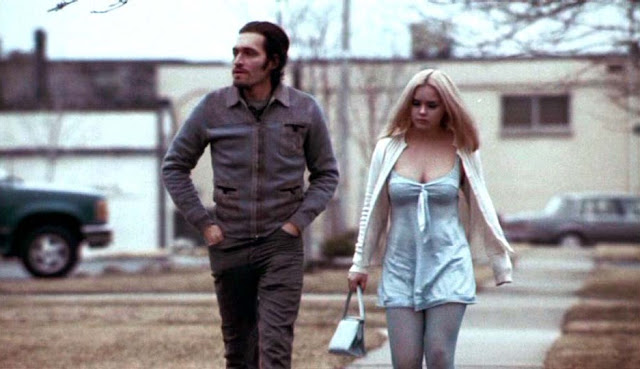 The multi-talented artist Vincent Gallo is known for his flexibility between different art forms such as music and films, both when it comes to composing, writing and performing. But he will always be best remembered for his indie classic Buffalo 66' which he directed, wrote and starred in. And it's also set in his own home town, Buffalo, New York.

Buffalo '66 is the story about Billy Brown (Gallo) who returns to his home town, Buffalo, after five years in prison for a crime he didn't commit. All that time he has lied to his parents (Anjelica Huston and Ben Gazzara) that he worked for the government and was married. But Billy kidnaps the first and best girl, a dancer named Layla (Christina Ricci) who must pretend to be his wife. But when we finally meet his parents it's certainly a shock to see how little they care about anything but football. They hardly remember anything about their son.

Buffalo '66 is a good melancholic indie film, with its small town post Reagan America. Gallo give us a great performance and a great character, a realistic haunted irritated individual. Christina Ricci's character, Layla is more interesting because while we know so much about Billy, we don't know anything about Layla. And it's also the fact that Billy often treats her like dirt, but no matter how cruel he is, Layla sticks with him, she probably got a tough life of her own.

The most surreal thing about this film is Billy's parents and how apathetic they are towards anything but football, specially his mother, who gave birth to Billy the day the local football team Buffalo Bill lost the Super Bowl of 1966. And she often says that it was Billy's fault for being born that day. He once decided to bet ten grand on the Buffalos winning the Super Bowl, but looses and he thinks he's forever doomed. Overall, Buffalo '66 is a good little film about the apathetic small town american with a surreal world view. Thumbs up.

You can read all my reviews on:
http://letterboxd.com/jentak19/
Posted by Jens Takle at 09:26